Finding a climate-neutral source of gas is one of the most pressing concerns of our times. One option, which is rapidly gaining in significance, is the carbon neutral, synthetic production of a liquefied natural gas substitute from biomass. Since the beginning of November, University of Graz has been participating in the has been coordinating the project “CarbonNeutralLNG” focusing on the production of synthetic methane using hydrogen, as an alternative to fossil energy sources, and carbon dioxide (CO2). The project, coordinated by Friedrich-Alexander-Universität Erlangen-Nürnberg (Germany), is part of Horizon Europe, the central funding program offered by the European Union to encourage research and innovation, and is to receive 3.5 million euros in funding over a period of three years.

With only one six hundredth of the volume of its gaseous variant, liquefied natural gas is much better suited for transport and storage. Its main component is methane. Currently, methane is already being liquefied by being cooled down to extremely low temperatures of approximately negative 160°C and imported in large quantities to Germany as liquefied natural gas (or LNG for short) to end Europe’s dependence on Russian natural gas.

Together with twelve research partners from six European states and Canada, the aim is to supply Europe’s LNG terminals with LNG from renewable energy sources. If green hydrogen is produced in countries with a surplus of electricity from renewable sources, as is the case in Iceland, Chile, Australia or Canada, it can be used to produce LNG, which can then be imported very easily and cheaply to Europe in the form of liquefied methane using existing LNG tankers.

“The important part is that the CO2 used to produce the methane does not originate from fossil sources, but rather is taken directly from the atmosphere,” explains Prof. Jürgen Karl from the Chair of Energy Process Engineering, FAU Erlangen-Nürnberg. The process involves the thermochemical gasification of biomass, during which sustainable biomass takes “green” carbon dioxide from the atmosphere. Using steam to trigger the gasification of the biomass also produces large quantities of hydrogen that reacts with the additional hydrogen from the electrolysis and the biogenic CO2 to produce methane. The gasification process uses electricity from renewable energies, ensuring that the biomass resources are used as efficiently as possible.

A further focus of the project is to investigate legal and social barriers to the market implementation of green LNG.  The project aims to provide LNG for the transport sector, for example for shipping or heavy goods road transport. As well as this role as an e-fuel, green LNG can also be used to replace natural gas from fossil sources for power generation, heat generation and in the chemical industry, for example for manufacturing plastics or medical drugs. Within the project, University of Graz will analyse existing hurdles of legal and socio-psychological nature to provide solutions for the successful conversion to climate-neutral LNG sources.

Detailed information on the EU project is available online at www.CarbonNeutralLNG.eu Ross Mittiga, Fellow of the Field of Excellence Climate Change Graz hosts an event on December 6th from 14:00 until 15:30 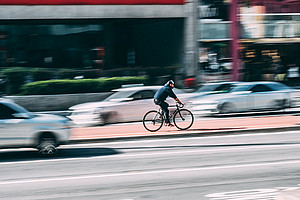 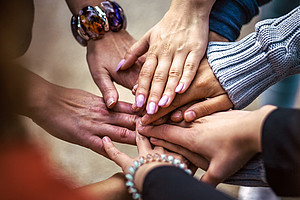