Greenhouse-gas emissions are indirectly causing future deaths by multiple mechanisms. For example, reduced food and water supplies will exacerbate hunger, disease, violence, and migration. How will anthropogenic global warming (AGW) affect global mortality due to poverty around and beyond 2100? Roughly, how much burned fossil carbon corresponds to one future death? What are the psychological, medical, political, and economic implications? Predicted death tolls are crucial for policy formulation, but uncertainty increases with temporal distance from the present and estimates may be biased. Order-of-magnitude estimates should refer to literature from diverse relevant disciplines. The carbon budget for 2°C AGW (roughly 10^12 tonnes carbon) will indirectly cause roughly 10^9 future premature deaths (10% of projected maximum global population), spread over one to two centuries. This zeroth-order prediction is relative and in addition to existing preventable death rates. It lies between likely best- and worst-case scenarios of roughly 3 × 10^8 and 3 × 10^9, corresponding to plus/minus one standard deviation on a logarithmic scale in a Gaussian probability distribution. It implies that one future premature death is caused every time roughly 1,000 (300–3,000) tonnes of carbon are burned. Therefore, any fossil-fuel project that burns millions of tons of carbon is probably indirectly killing thousands of future people. The prediction may be considered valid, accounting for multiple indirect links between AGW and death rates in a top-down approach, but unreliable due to the uncertainty of climate change feedback and interactions between physical, biological, social, and political climate impacts (e.g., ecological cascade effects and co-extinction). Given universal agreement on the value of human lives, a death toll of this unprecedented magnitude must be avoided at all costs. As a clear political message, the “1,000-tonne rule” can be used to defend human rights, especially in developing countries, and to clarify that climate change is primarily a human rights issue. 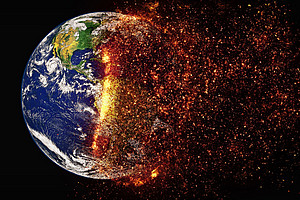 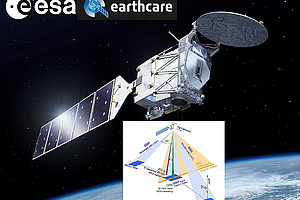